Action for peacekeeping: An all-women police unit from Egypt breaks new ground in mine action in central Mali

Action for peacekeeping: An all-women police unit from Egypt breaks new ground in mine action in central Mali

“This is an alert. This is not a test!” Commander Hossam Shafei, Chief of operations, calls out across the Douentza airfield to Major Doaa Moussa, Commander of the Search and Detect  team and Captain Rana Ghourab, who leads an all-women team of peacekeepers working with MINUSMA, the UN Peacekeeping mission in Mali. The Search and Detect teams are trained to identify explosive ordinances and improvised explosive devices (IED), which can then be safely removed by an Explosive Ordnance Disposal team. 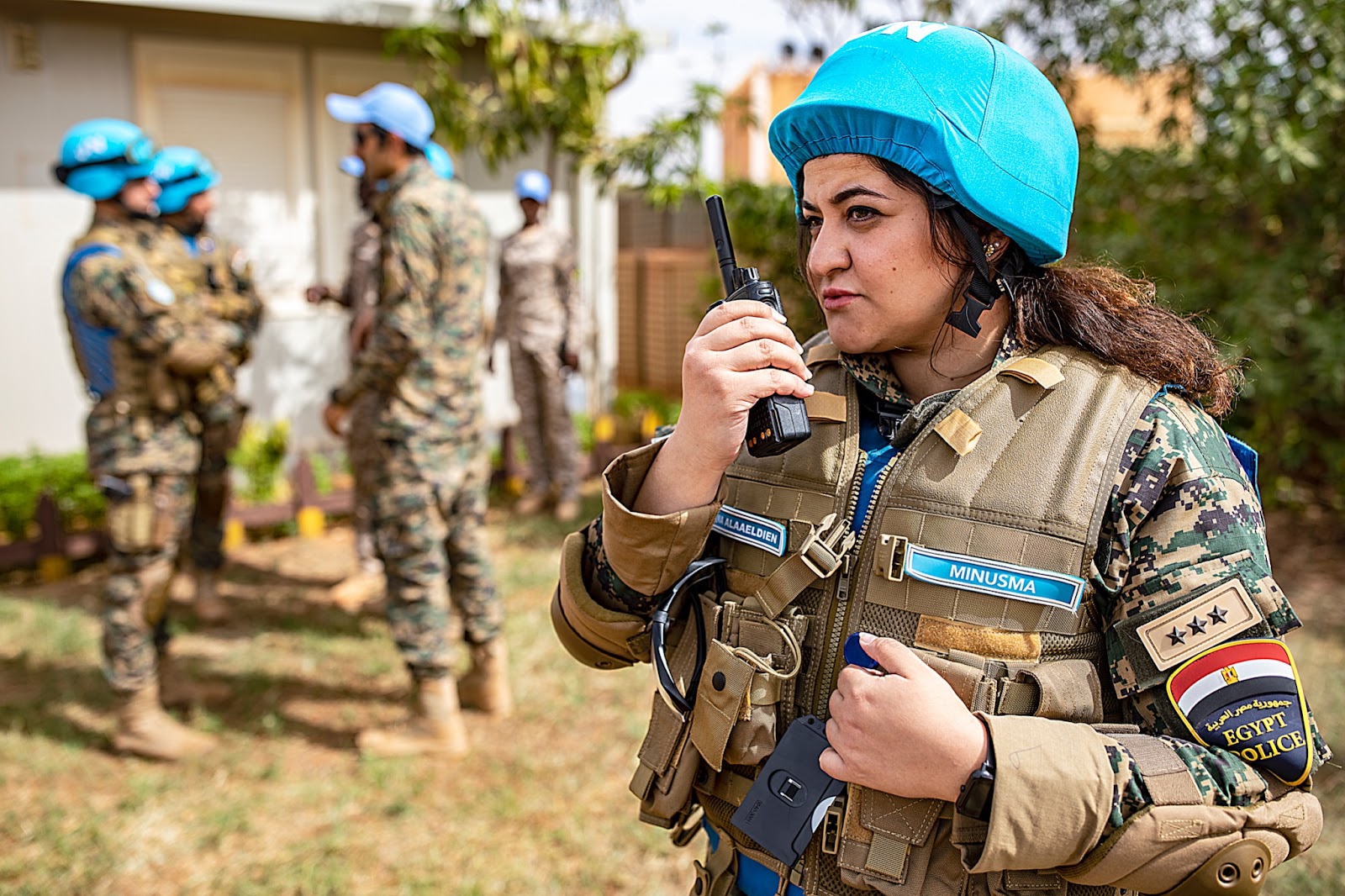 The team deployed in Douentza is working in an area close to dirt roads regularly used by civilians often targeted by terrorists and armed groups. From 2020 to 2021, the country recorded the second largest increase in terrorism-related deaths of civilians and peacekeepers alike, according to the Global Terrorism Index. Once the task order is released, there is no time to lose. Every second counts and the task is complex and meticulous. If one member of the team does not find one IED or landmine, then the safety and security of the entire convoy is at risk. Major Doaa Moussa is aware of this: “This team must protect the peacekeepers, but also the civilians. It's a heavy responsibility”, she says.

The all-women team moves to the armory, inspect and pick up their weapons, and Search and Detect  equipment.

Lt. Col. Ibrahim Rady gives some last security instructions and information before  the team sets off to the affected site. Once they reach the site, within  10 minutes, the team identifies and defuses a landmine. 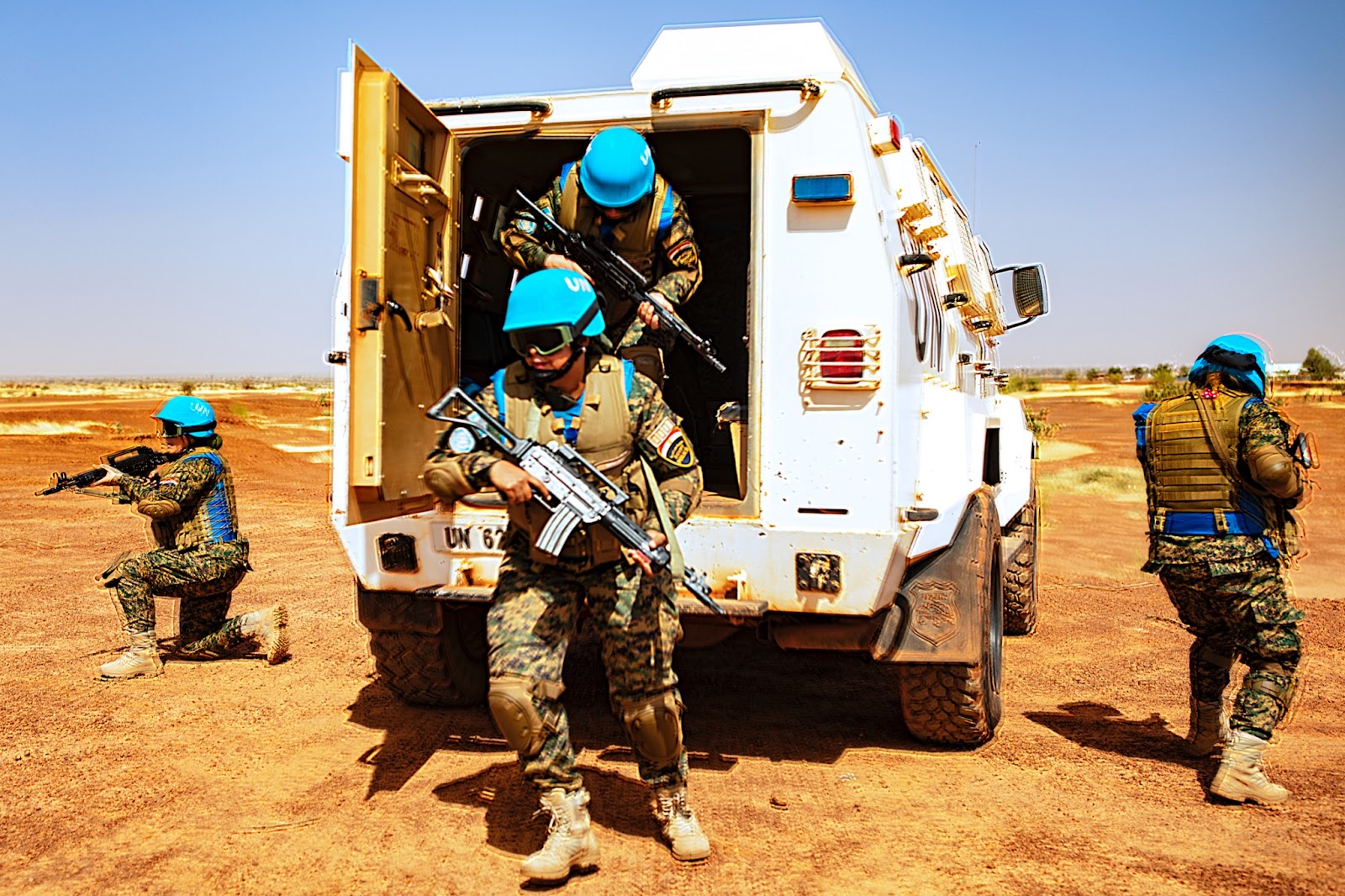 This time, it was a mock exercise to ensure that the team is well prepared for real risks. Since 2013, the number of attacks on peacekeepers in Mali  has grown six times, from two IED related incidents in October 2013 to 12 in 2022 (with peaks in 2014 with 19 incidents and 2021 with 15) and 162 peacekeepers have been killed due to hostile acts.

Brigadier General Ahmed Ezz, Commander of the Egyptian Police Unit, proudly adds that, "the real heroes are those who risk their lives every day for peace". 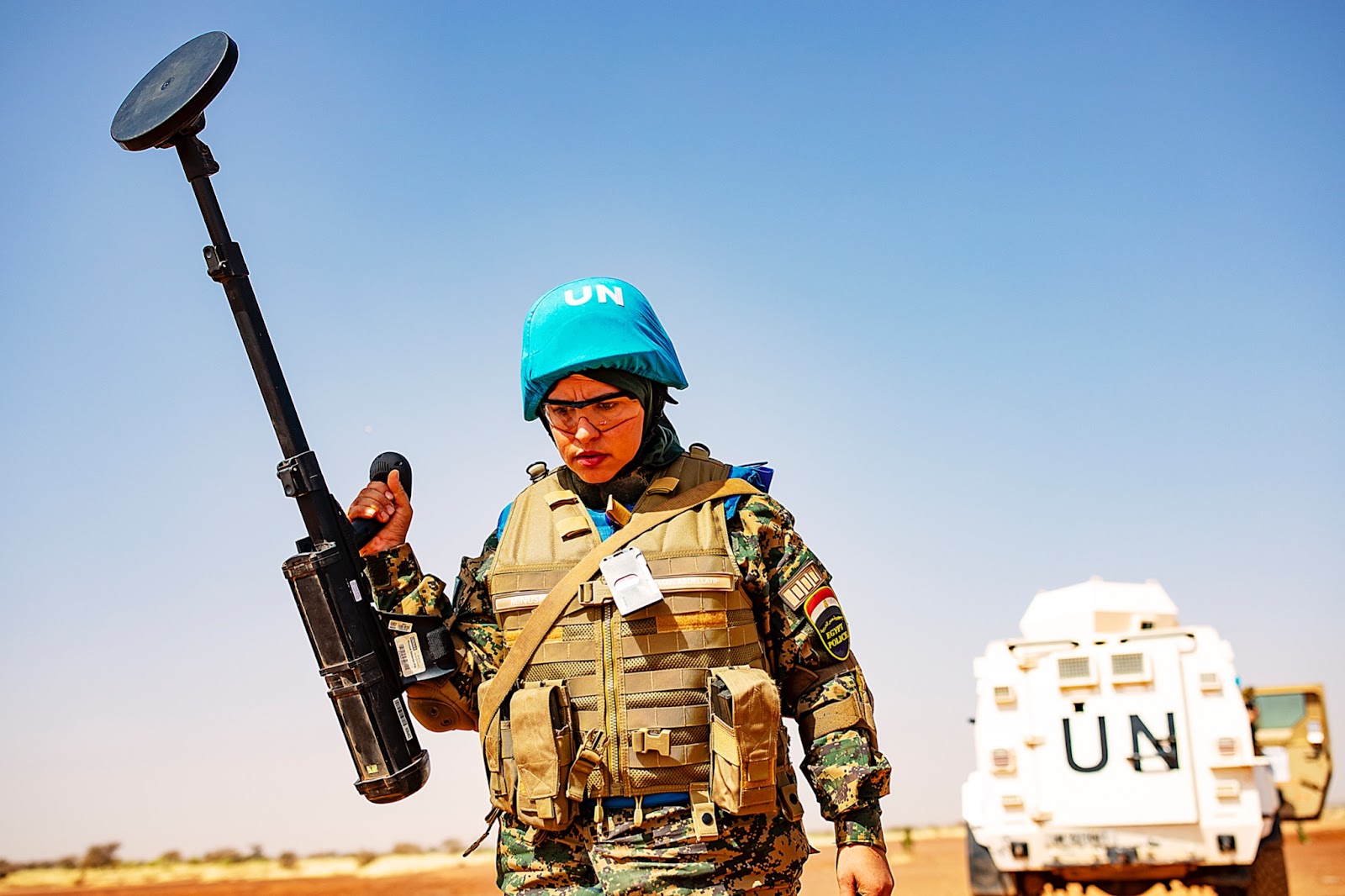 The creation of this team and the work it does is a source of great pride, not only for the Egyptian Formed Police Unit, but also for MINUSMA senior leadership.” In 2022, we lost 12 colleagues following explosions, and 88 others sustained injuries. Each incident is a reminder of the risks that peacekeepers face every day when serving under the UN flag and in the service of peace in Mali. This new approach of the Egyptian Police within MINUSMA is an original initiative to ensure the safety and security of peacekeepers, given the persistence of the threat, especially due to the lethality of IEDs and mines,” said El-Ghassim Wane, Head of MINUSMA.

Since its deployment in 2013, MINUSMA has lost 162 military peacekeepers to landmine explosions and other hostile acts. Troops on patrol and convoys that frequently move through the Malian territory to implement the United Nations peace mission's Protection of Civilian Mandate, are often the targets of IEDs, particularly in the northern and central regions. “We are very proud to be the first women to be trained on IED threat mitigation. It is a tool that will help us a lot in empowering women in Egypt and the Middle East. This experience will also help us show that [women] can do anything that [men] can do,” said Captain Rana Ghourab. “We respect gender equality here, as we do at the UN, which means assigning women the same tasks as men. When we go home, we can be proud of what we have achieved.” 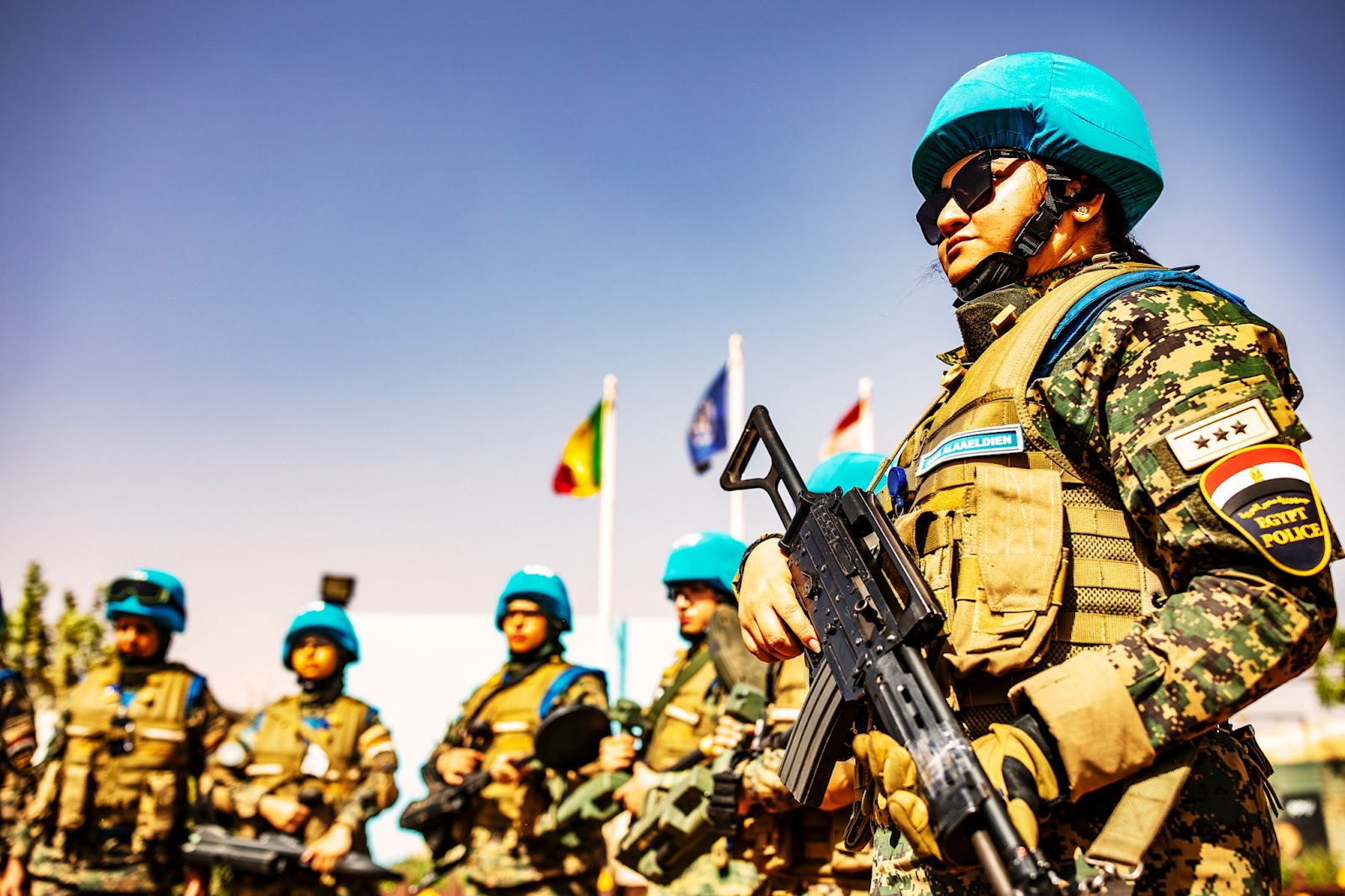 "It is a very dangerous job to search for IEDs/mines. Our Female Police Officers are on the front line during operations and they gain a lot of experience,” adds  Brigadier General Ahmed Ezz. “Whenever we will prepare a rotation, we will start with a debrief, so that they can share their experience with the new contingents.”

One-hundred and ten members of the 3rd Egyptian Combat Convoy Company were awarded the United Nations medal on 20 December 2022, as a tangible recognition of the peacekeepers’ efforts and achievements.