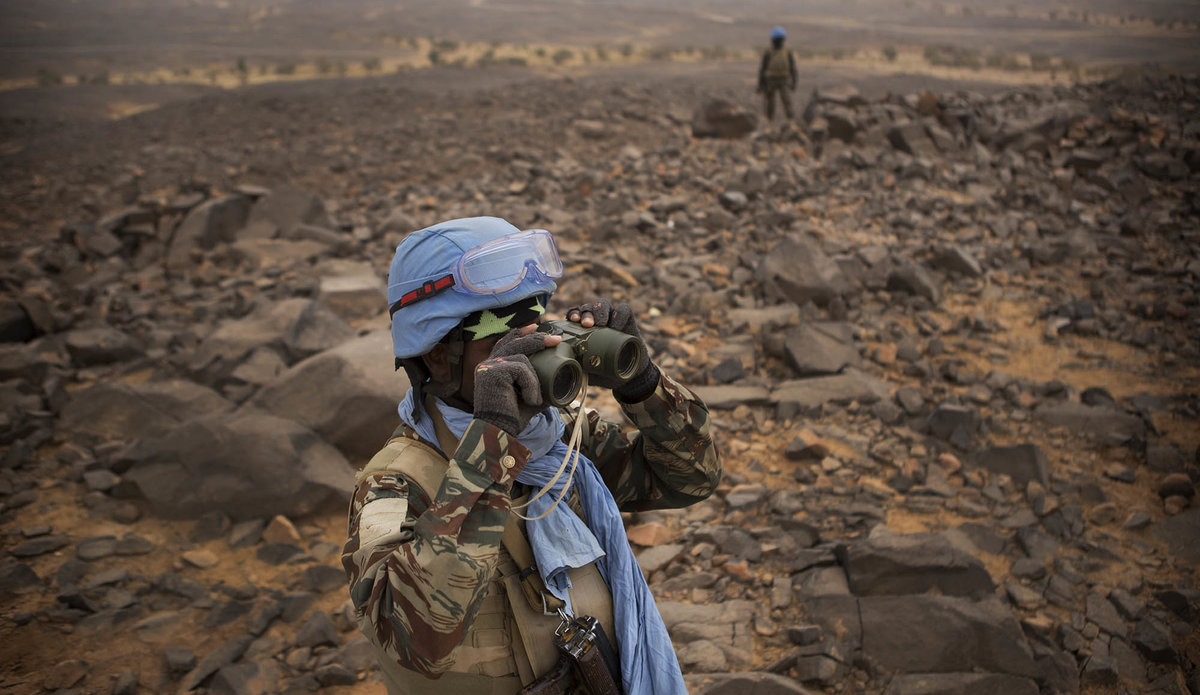 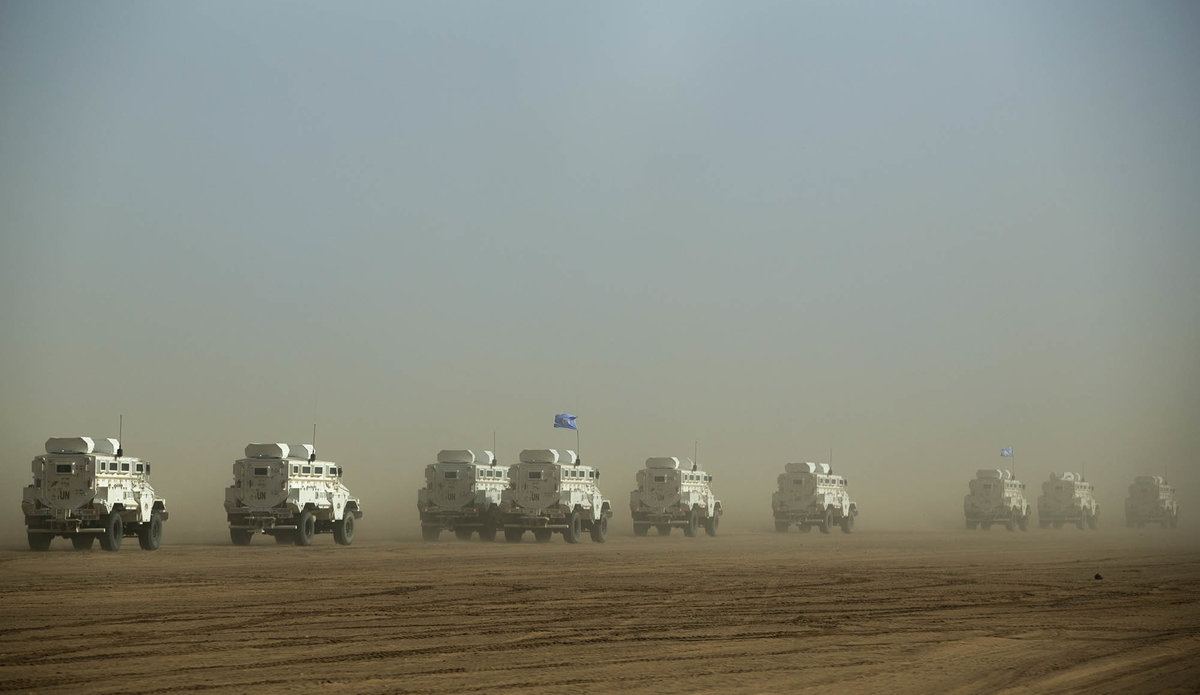 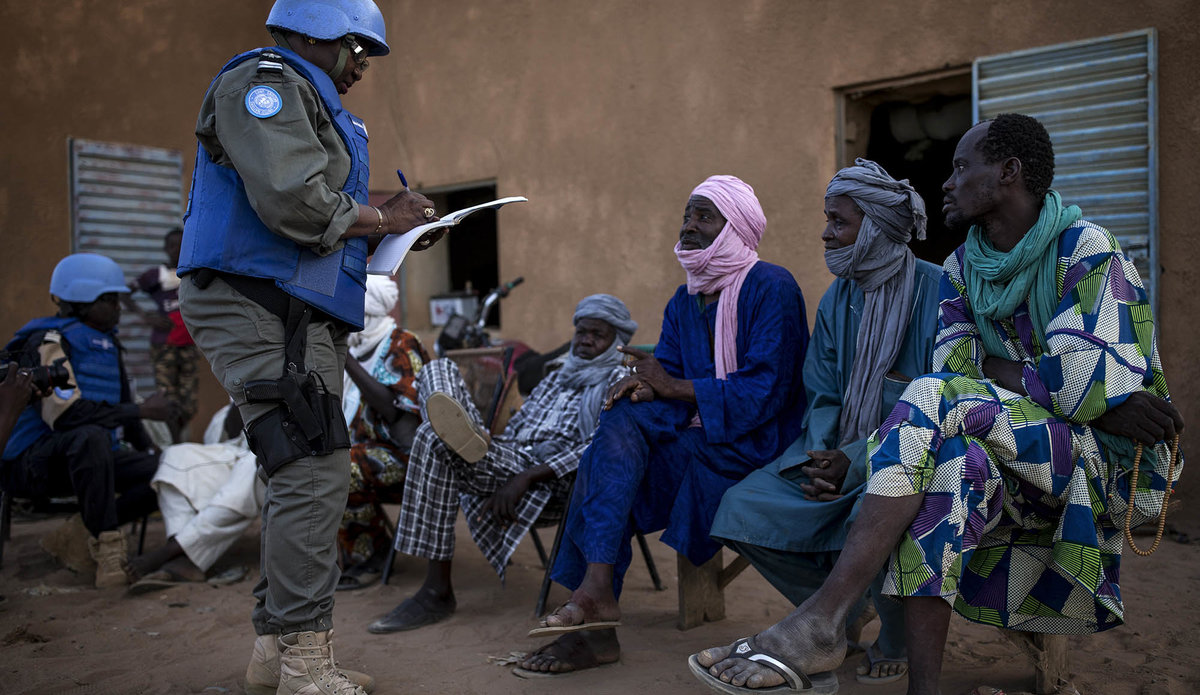 The Security Council unanimously approved Resolution 2531 on 29 June 2020, renewing the mandate of MINUSMA for another year

Unanimously adopting resolution 2531 (2020) under Chapter VII of the United Nations Charter, the Security Council extended the mandate of the United Nations Integrated Multidimensional Stabilization Mission in Mali (MINUSMA) for an additional year, until 30 June 2021, maintaining its 13,289 military personnel and 1,920 police personnel as well as its primary strategic priority, which remains to support the implementation of the Agreement for Peace and Reconciliation in Mali ("the Agreement") by the Malian parties and other relevant Malian actors.

The Council further maintained the second strategic priority, which is to « facilitate the implementation by Malian actors of a comprehensive politically-led strategy to protect civilians, reduce intercommunal violence and re-establish State authority, State presence and basic social services in Central Mali ».

Resolution 2531 also requests the Secretary-General to conduct every three months a thorough assessment of the situation in Northern and Central Mali and of the Mission’s configuration with regard to the implementation of its primary and secondary strategic priorities.

The Security Council expressed a significant sense of impatience with the persistent delays and also clarified the substantial results that it expects to see from the Malian parties with regard to the implementation of the 2015 peace agreement, as well as the constitutional reform, the decentralization, the reform of the security sector, the development of the North and the full, effective and meaningful participation of women. Further, the Security Council expressed its intent to respond with sanctions, should these priority measures not be implemented by the end of MINUSMA's mandate in June 2021.

With regard to the Centre, the Council urges the Malian authorities to take expedited action to protect civilians, reduce intercommunal violence and restore peaceful relations between communities in Central Mali through the Cadre politique de gestion de la crise au centre du Mali and the full and effective implementation of the Stratégie de stabilisation du centre du Mali. As part of an integrated and comprehensive political action, it further urges the Malian authorities to: disarm without delay all militias; encourage the intensification of reconciliation initiatives with a view to prevent violence and promote peaceful co-existence amongst the communities.

The Security Council urges the Malian authorities to fulfill the following priority measures before the end of the MINUSMA’s current mandate:

• Re-establish State presence and State authority to Central Mali, by deploying and making fully operational internal security forces, judicial entities and basic social services, ensuring their responsiveness and accountability, and setting-up concrete steps and a system to monitor progress in this regard;

• Fight against impunity for violations and abuses of international human rights law and international humanitarian law in Central Mali, by bringing to justice the individuals accused of perpetrating the massacres of civilians in 2019 and 2020;

• Continue pursuing, with the help of their partners, a sustainable and inclusive socio-economic development in Central Mali, notably through development projects on education, infrastructures, and public health, with a special attention to youth;

The Council also requested MINUSMA, in coordination with the Instance de Coordination au Mali, the Government of Mali, and in consultation with other relevant partners, including UN agencies, member states, regional organizations and independent experts, to develop a long-term roadmap assessing the continued challenges to peace and security in Mali, and focusing on a set of realistic, relevant and clearly measurable benchmarks and conditions (…) to ensure a phased, coordinated and deliberate transition of security responsibilities opening the way for a possible exit strategy for the Mission, when the conditions are met, without jeopardizing the stability of Mali and its region, to be presented in its entirety to the Security Council by 31 March 2021

The elements of the new mandate, which authorize MINUSMA to use all necessary means to carry out its priority tasks, within its capabilities and areas of deployment, are as follows:

• Support for the implementation by the Government, the Plateforme and the CMA, as well as by other relevant Malian stakeholders, of the Peace Agreement, in particular its main political and security provisions. The Council « affirms, in this regard, that the support to the implementation of the Agreement should be given priority in decisions about the use of available capacity and resources » and that the Mission is provided with sufficient resources to implement the second strategic priority.

• To support the stabilization and restoration of State authority in the Centre; including support to Malian authorities in reducing violence and intercommunal tensions by using its good offices; support the redeployment of the Malian Defense and Security Forces in the Centre of Mali, including through continued operational, logistical and transportation support during coordinated and joint operations, planning, strengthened information sharing and medical evacuation, within existing resources, without prejudice to the basic principles of peacekeeping; and to support Malian authorities in ensuring that those responsible for violations of human rights and violations of international humanitarian law are held accountable and brought to justice without delay;

• Protection, without prejudice to the primary responsibility of the Malian authorities, of civilians under imminent threat of physical violence and specific protection for women and children affected by armed conflict; in support of the Malian authorities, to take active steps to anticipate, deter and effectively respond to threats to the civilian population, notably in the North and Center of Mali, through a comprehensive and integrated approach, and, in this regard: – to strengthen early warning mechanisms and to increase efforts to monitor and document violations of international humanitarian law and violations and abuses of international human rights law, – to strengthen community engagement and protection mechanisms, including interaction with civilians, community outreach, reconciliation, mediation, support to the resolution of local and intercommunal conflicts and public information, – to take mobile, flexible, robust and proactive steps to protect civilians, including through the deployment of ground and air assets, as available, in high risk areas where civilians are most at risk;

• Good offices, confidence-building and facilitation at the national and local levels, in order to support dialogue with and among all stakeholders towards reconciliation and social cohesion and to support efforts to reduce inter communal tensions, bearing in mind the primary responsibility of the Malian authorities;

• Assistance to the Malian authorities in their efforts to promote and protect human rights, in particular in the areas of justice and reconciliation, including support, as feasible and appropriate, to the efforts of the Malian authorities, without prejudice to their responsibilities, to bring to justice those responsible for serious violations or abuses of human rights or violations of international humanitarian law, in particular war crimes and crimes against humanity in Mali; and monitoring, helping to investigate and reporting to the Security Council and publicly, on violations of international humanitarian law and on violations and abuses of human rights, including all forms of sexual and gender-based violence and violations and abuses committed against women and children throughout Mali and to contribute efforts to prevent such violations and abuses;

MINUSMA’s mandate also includes cross-cutting issues touching upon all aspects of its mandate: communication with the Malian population to raise awareness on its mandate and its role, as well as to underscore the role and responsibilities of the Malian authorities to protect civilians and implement the Agreement; the United Nations zero-tolerance policy on sexual exploitation and abuses; gender equality and the full participation and representation of women at all levels in the stabilization process; the protection of children, particularly in the context of disarmament, demobilization and reintegration and in the security sector reform in order to end and prevent violations and abuses against children; consideration of environmental impacts of MINUSMA’s operations, in accordance with applicable and relevant General Assembly resolutions.