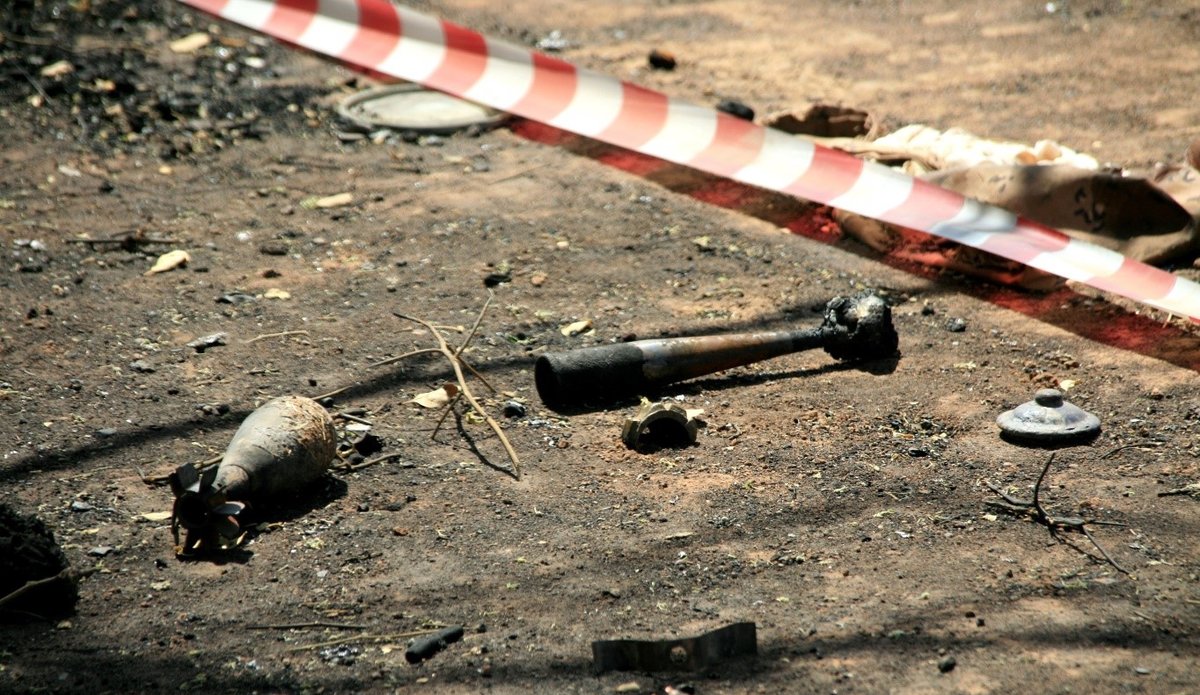 "One landmine can wreck a community: kill a father, a mother, and all too often a child." Daniel Craig, UN Global Advocate for the Elimination of Mines and Explosive Hazards, International Day for Mine Awareness and Assistance in Mine Action 2021

Mine action makes it possible for ordinary citizens to live without the fear that a single misstep could cost them their lives, for humanitarian entities to deliver assistance and for peacekeepers to carry out patrols safely.

In Mali, the Mine Action Service is responsible for ensuring an effective, proactive and coordinated UN response to explosive threats, with the aim to:

Following the outbreak of conflict in 2012, explosive hazards have become a threat in Mali, with a broad-ranging, detrimental impact on safety and freedom of movement in the central and northern parts of the country.

This contamination hampers the delivery of humanitarian assistance, access to livelihoods and economic recovery of the population, return of refugees and displaced persons, in addition to threatening the lives of civilians. The use of improvised explosive devices by perpetrators of violence in Mali also impedes stabilization efforts.

Mine action to protect civilians and support the humanitarian sector

As national coordinator for mine action, the Mine Action Service implements, supports and coordinates humanitarian activities which include: explosive hazard risk education; victim assistance and armed violence reduction; survey, marking and clearance of prioritized dangerous areas.

MINUSMA assists the national authorities in developing technical capacity to safely manage explosive threats, coordinate the response and comply with IMAS through the provision of training, technical equipment and support, and the mentoring of MDSF personnel.

MINUSMA also provides advisory support and training to the Malian authorities by advising the Permanent Secretariat to Counter the Proliferation of Small Arms and Light Weapons on Mali’s international obligations regarding mines, explosive remnants of war (ERW) and weapons and ammunition.

To mitigate explosive threats and the impact on the United Nations, the Mine Action Service advises and trains United Nation personnel, including MINUSMA troops in-country and prior to deployment in Mali.

This facilitates the UN freedom of movement and improves safety for the implementation of the Mission’s mandate.

National authorities have a basic explosive ordnance disposal (EOD) response capacity and the United Nations have better knowledge of the threats and associated mitigation measures.