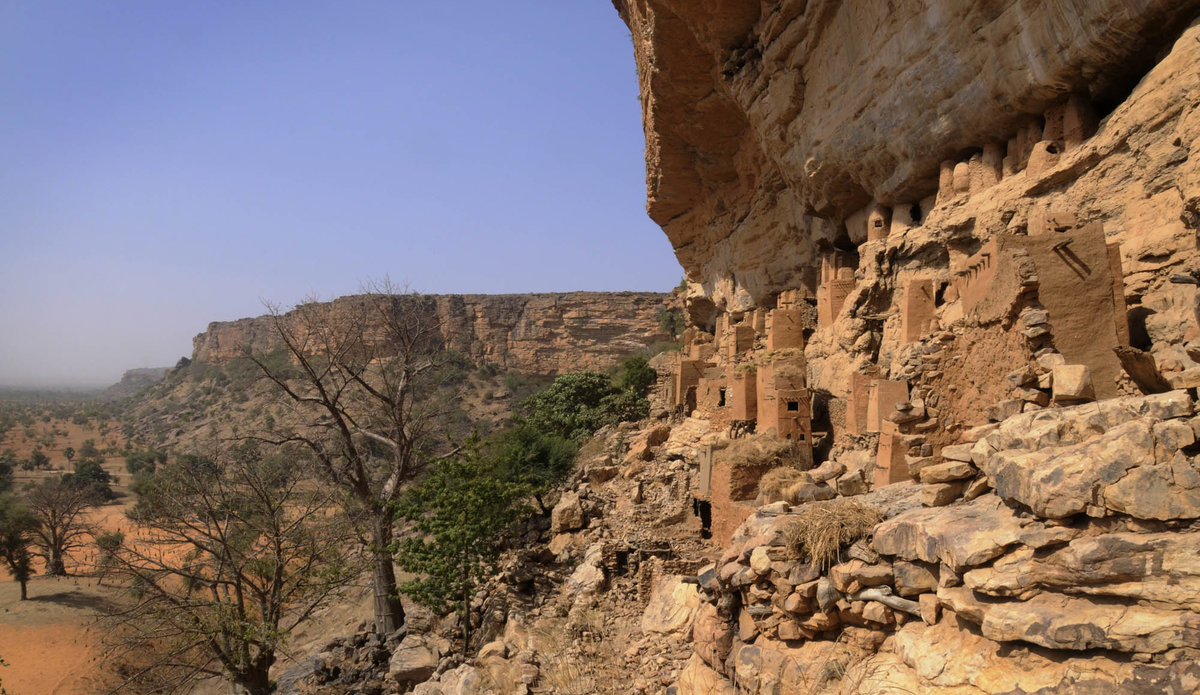 Support forcultural preservation: For the first time, a Security Council resolution includes the protection of cultural and historic sites in the mandate of a peacekeeping operation.

The cultural heritage in the North of Mali – sites, objects or cultural practices and expressions – was subject to repeated attacks and suffered heavy damages, particularly in the cities of Timbuktu and Gao.

In Timbuktu, 14 of the 16 mausoleums that are part of world heritage were destroyed. Attacks targeted and completely destroyed the two mausoleums of the Djingareyber mosque, as well as the El Farouk monument. The sacred door of the Sidi Yahia mosque was broken. In September 2013, a suicide attack seriously damaged other buildings in the city, including manuscript libraries. About 4,200 manuscripts of the Institut des Hautes Etudes et de Recherches Islamiques Ahmed Baba (IHERI-AB) were burned by armed groups.

Photos from the first mission of UNESCO experts to Timbuktu on 6 June 2013 show the damage at the different sites.

In the city and region of Gao, numerous musical instruments were burned in May 2012 and the El Kebir mausoleum was destroyed in October 2012.

A video shows UNESCO’s first mission to evaluate the damage to cultural heritage in Gao.

In Douentza, the great Toguna in the city center was looted and the sculpted pillars were burned.

Intangible heritage was also affected by events. The oral expressions and traditions existing in Mali allow populations to express and transmit their values and knowledge and are, in particular, tools for the resolution of conflicts and to create inter- and intra-community cohesion. Numerous cultural events and practices were interrupted from the beginning of the conflict.

There are eight Malian items on the List of Intangible Cultural Heritage. The Charter of Manden was added in 2009 and has been part of the Malian cultural heritage since March 2011. It is one of the oldest constitutions in the world, advocating for social peace through diversity, the inviolability of the human person, the importance of education, food security, as well as freedom of expression and enterprise.

In December 2013, the practices and knowledge linked to the imzad of the Tuareg communities of Algeria, Mali and Niger were also added to the List of Intangible Cultural Heritage. Imzad music is played by women and provides a melodic and therapeutic accompaniment for poetic and popular songs, glorifying the heroes of the past or chasing away evil spirits.

MINUSMA works in close cooperation with UNESCO to support the Malian authorities in the implementation of this project and help the Malian population reclaim the richness of its tangible and intangible cultural heritage. To contribute to the protection of the Malian cultural heritage, UNESCO has developed the “Heritage Passport” for the north of Mali. This aims to facilitate Mali’s implementation of its Law on Heritage and UNESCO’s four international Conventions, which are linked:

To implement its mandate, MINUSMA engages in a number of activities through its Environment and Culture Unit:

“Culture is more than a monument.” “Protecting culture is supporting people and giving them the strength to rebuild, to look towards the future,” as Irina Bokova, the Director General of UNESCO, said on 4 June 2013.